7 Day Private Tour of Portugal including Lisbon, Pinhao and Porto

7 Day Private Tour of Portugal including Lisbon, Pinhao and Porto

This special 7-day private tour of Portugal includes private tours of Lisbon, private day tours to Sintra and Cascais, and time to explore Porto and the Dopro Valley.  This luzury trip to Portugal combines luxury hotels with private visits to immerse you in the culture and heritage.

Upon arrival at Lisbon Airport you will be met by a driver holding a sign with your name on and be privately transferred to your hotel.

3 nights at Avenida Palace Hotel in a Double Deluxe Room inclusive of breakfast.

The Hotel Avenida Palace, located in the center of Lisbon close to Bairro Alto and the Chiado, is a 5 star Hotel which combines luxury and charm and is regarded as part of the city’s historic heritage. 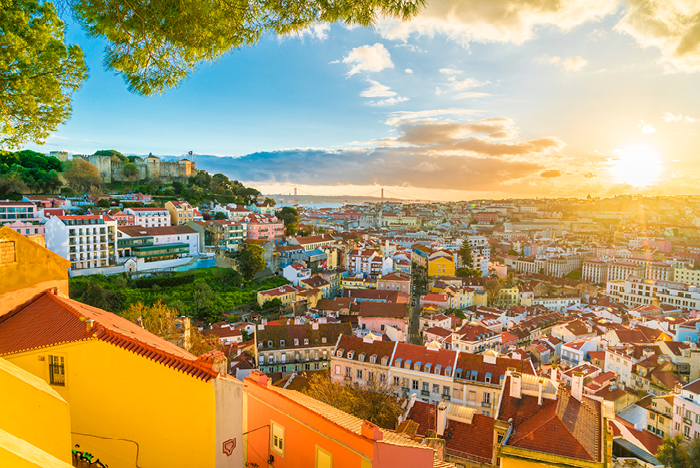 This morning we include a private walking and food tour of Lisbon. Walk past the beautiful gothic-style Rossio train station, then visit Rossio (Lisbon’s main square) and find out how much the city has changed since the devastating earthquake of 1755. Explore the magnetic neighborhood of Mouraria – a melting pot of cultures from far and wide, and a place you won’t see on other Lisbon tours. Portugal’s seafaring past has allowed many different cultural influences to contribute to the richness of modern-day Lisbon.

Pass small churches, mosques, and shops selling goods from far-flung places. Learn about Fado (Lisbon’s unique music) and walk past the birthplace of the legendary Maria Severa, Fado’s first superstar who used to sing in Lisbon’s taverns many years ago. The tour will then stop at a small, hidden bakery where traditional pastries and espresso coffee will provide a tasty pick-me-up and another insight into the local way of life, of which this Lisbon food tour shows you plenty!

Soak up some Lisbon sightseeing highlights and history while visiting churches and taverns, then stop to taste Portuguese cheese and authentic, locally made marmalade. Explore the highlights of the cultural and bohemian districts of Chiado, Bairro Alto, and Bica as you travel through Lisbon. You will stop off at a gorgeous viewpoint in Bairro Alto to take in the Lisbon panorama and have a refreshing drink. Next, take a short trip to the Tagus River, the subject of many Portuguese songs and poems. Board a ferry and journey to the picturesque Cacilhas, where Portuguese green wine and freshly-caught seafood await! Enjoy magnificent views from the South Bank, then return to your hotel or your local guide will be happy to give you recommendations on other places to check out in this area. 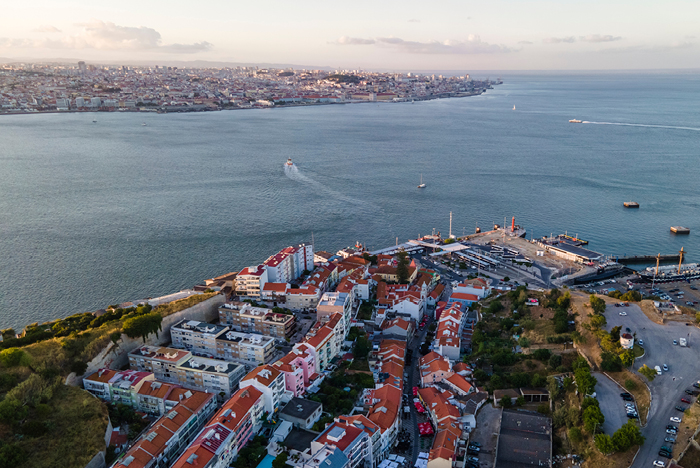 Early morning start for your full day private tour of Sintra and Cascais. Depart Lisbon and head towards Sintra. Start the day by visiting the amazing Pena Palace. The palace's history started in the Middle Ages when a chapel dedicated to Our Lady of Pena was built on the top of the hill above Sintra. According to the tradition, construction occurred after an apparition of the Virgin Mary, though it was sadly all but ruined in the devastating earthquake of 1755. The current palace dates back to 1839, when King Ferdinand II bought the ruins of the Hieronymite Monastery of Our Lady of Pena and started to adapt it for use as a residence according to his romantic taste. Today the palace constitutes one of the major expressions of 19th-century romanticism in the world.

Next, you will be ready to explore the unique Sintra village, a UNESCO world heritage site since 1995. You will have some free time to explore the village that the Greeks named the "Mountain of the Moon", a true fairy tale village that is also full of Muslim influences. Here you will have free time for lunch (lunch costs are not included). Moreover, you will have the opportunity to enjoy some famous travesseiros (pillows), which are light puff pastries that are turned, rolled and folded seven times, and then filled with delicious almond-and-egg-yolk cream and lightly dusted with sugar. Or you can also enjoy the Sintra cheesecakes (the first references to the famous Sintra cheesecakes date back to the XIII century; at that time, these cheesecakes were a form of payment for rent).

Later, it is time to cross the mystic mountain of Sintra towards the Atlantic Ocean.  Along the way you will have the opportunity to see the quaint Colares village and to learn more about local wines dating to the 13th century. You’ll also see Praia das Maçãs, a small and popular local beach. Reaching the coast, making a stop in one of the most picturesque seaside towns, Azenhas do Mar, which has a stunning view overlooking the Atlantic Ocean.

Depart the beautiful and magical Sintra Mountain and head in the direction of Cascais, including a stop midpoint in the wild Cabo da Roca, which is a sheer 150m cliff that forms the most western point of continental Europe. Then visit Cascais, a former fishing village that gained fame as a resort for Portugal's royal family in the late XIX century and early XX century. Nowadays, it is a popular vacation spot for both Portuguese and foreign tourists, as well as a village with small museums, picturesque gardens, a shiny marina and a pedestrianized old town. During your time here, try the most famous ice cream of Portugal, Santini’s Gelati, which you may then consider the best ice cream in the world. It is truly a gift from the Gods! Santini’s has been tantalizing Portuguese tongues since 1949. Finally, it is time to go back to Lisbon where the rest of the evening is free. 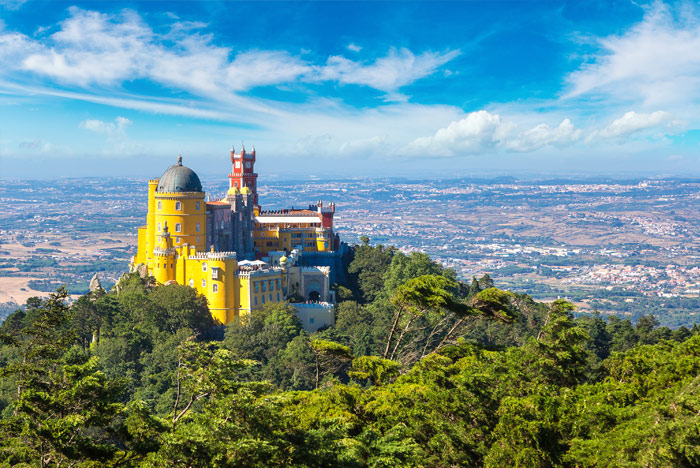 Private Tour from Lisbon to Pinhao including wine tasting

Depart Lisbon this morning with a tour escort and luxury vehicle and travel via Coimbra where we include a stop at a local winery for some wine tasting before continuing to Pinháo. Here you will check in for 2 nights and the rest of the evening is free to settle in and explore Pinháo.

Pinháo The Douro Valley is one of the most beautiful places not just in Portugal but in the entire world. Pinhão is at the heart of this beautiful region, and one of the most popular places for people to visit. The region is a leading destination for wine lovers. The Douro is the oldest wine region in the world, having been demarcated in 1756, and it produces some of the best wines in Portugal – many of which are hard to get outside of Portugal.

2 nights at The Vintage House in a Double Junior Suite inclusive of breakfast.

The Vintage House Hotel enjoys an idyllic and tranquil riverside location at Pinhão in the authentic heart of the Douro Valley.

Private Tour of Pinháo with Wine Tasting in the Douro Valley.

This morning you will be met by your local expert driver/guide and escorted to a luxury vehicle:  Spend the day exploring Portugal’s famed Douro Valley on this guided excursion. Your private tour takes in the Douro Valley, savoring a delicious fresh local produce and tasting a variety of reds and whites at two small, family-owned wineries. 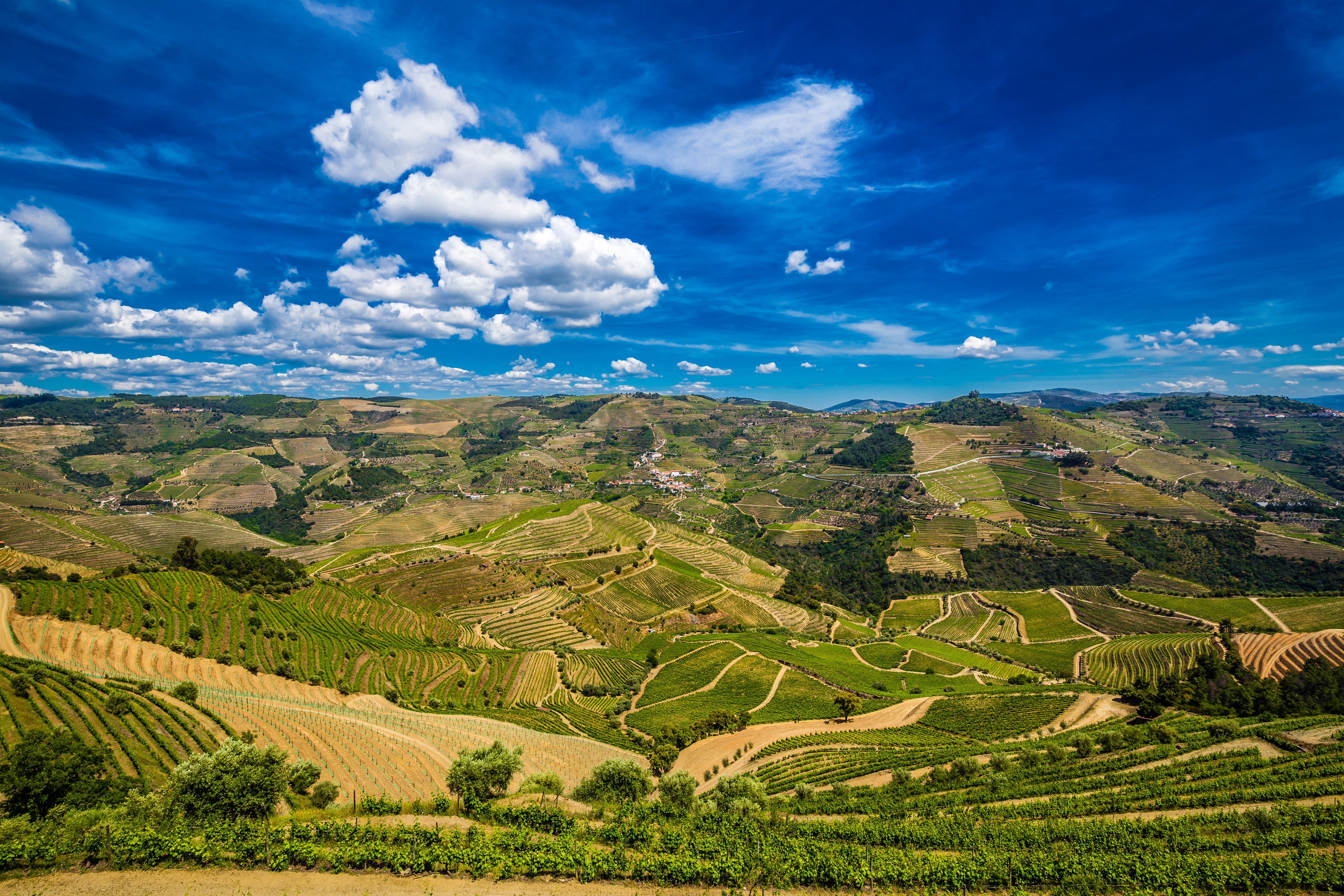 Private Transfer from Pinháo to Porto.

This morning meet a local driver/guide for a private transfer to the city of Porto.  On arrival your driver/guide will conduct a panoramic tour of the city.

Porto The Portuguese city of Porto is best known for two things: its river, the Douro and its port. But the historic hillside city itself should not be overlooked. One of the oldest cities in Europe, its maze of steep and narrow cobbled streets is home to beautiful plazas, churches and houses with colourfully tiled façades.

Half Day Tour of Porto City Walk through the vibrant history of one of Europe's oldest cities and discover some of its' still hidden gems. Find out what makes the city so special and visit breath-taking viewpoints. Opening up like a pop-up book from the banks of the Rio Douro, edgy-yet-opulent Porto entices with its historic centre, sumptuous food and wine, and charismatic locals.

2 nights at Hotel Infante Sagres in a Double Suite inclusive of breakfast.

Porto’s most prestigious city centre address, it has been a meeting place for the city’s élite and the residence of choice for discerning travellers and international celebrities for more than six decades, renowned for its stylish ambience, personalised service and unique blend of timeless elegance and contemporary sophistication.

Private Tour to Guimarães and Braga

Journey to two of Portugal’s northernmost cities, Guimarães and Braga, on this immersive guided day trip from Porto, including lunch. Meet your expert guide and set out for Guimarães, an UNESCO World Heritage-listed town. See the 10th-century castle and the Dukes of Braganza Palace. Enjoy a satiating lunch at a local restaurant. Next, venture to Braga, where you will learn about its extensive Roman history from your informative guide. This is a great tour for Portuguese and European history buffs. Tour the Bom Jesus sanctuary in Tenões. Drive through Braga's historic center, the oldest Christian city in Portugal and one of the oldest in the world. Walk around Braga's city center with your local guide. Return to Porto in the afternoon. 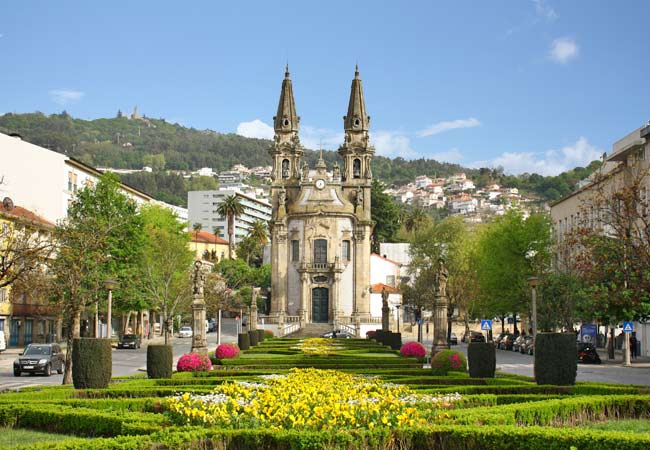 This morning you will check out of your hotel and be privately transfer to Porto Airport for your return flight home. 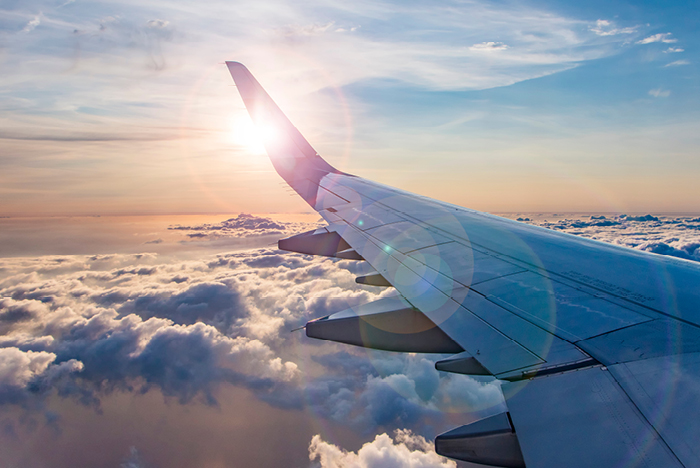 All our suggested tours are created by locals, using years of country knowledge. It’s your tour though. That’s why any of our itineraries can be tailored to exactly suit your needs. And that might mean fitting it to your budget. Do you have a particular destination in mind, We can include any specific request, so please ask.

The Cost for this Wonderful Private Tour based on 2 Guests sharing a room ranges from €4495 - €5495 per person sharing.

What is included in your European experience with Luxury European Tours

Hotels: You’ll enjoy 7 nights’ bed and breakfast in the most sumptuous rooms:

You’ll have exclusive use of our professional driver and expert local guide services as stated. You’ll be safely returned to the airport on your return. A party of up to two passengers will travel in a luxury saloon vehicle. We’ll provide a luxury minivan for three to five passengers. For a larger group, we’ve got many luxury vehicles to suit your needs.  Where Rail is included its 1st Class all the way!

We also include hotel taxes and fees, communication costs and the help of our local travel experts throughout your trip; 24/7.

We simply want you to focus on having an incredible time. It’s that simple.

BOOKING: The proposal is subject to availability and subject to our terms and conditions available on request. To book we require a 30% deposit which is non-refundable as required to pre-book all services.  We accept payments by credit card or by bank transfer. The balance of your trip would be due by 60 days prior to travel.  We strongly suggest taking out travel insurance with your local broker or online provider.

Whatever your requirement, simply provide your contact details and we'll be in touch shortly. We can adjust any of the services included to meet your wish list, requirements and your budget.

Custom-Design Your Own Itinerary

It's a stress-free way to create your magical European adventure with our hospitality experts. We can adjust any of the services included to meet your wish list, requirements and your budget.

A 10 Day Luxury Tour to The Northern Cities of Spain

A 9 Day Luxury tour to Andalusia